Two Ashkenazi groups of J2a-L25 (F659, which is below FGC4999 are close together. They differ 11 markers on 67 markers. Hardly any persons have been found that are close. One person from Greece (312230) seems between the two groups. The ancestor of this Greek person and the two ancestors of the Ashkenazi group probably share an ancestor. The next in line is a small group from Mexico (probably Spanish origin), German and Unknown. These people are already more than 2500 years away.

The SNP environment is present on http://tree.j2-m172.info/?Hg=J2a1a1b1 and the STR results are on the ftdna project page. The distance between the two groups is confirmed by SNP measurements. So AB-047 and AB-047b have a Jewish shared ancestor.

It seems most likely that the ancestors of the FGC4999-group were Jewish. The ancestor of the lines lived near the year 1000 CE. One of three arrived in Greece and two in the area of the origin of Ashkenazi in Europe.

This branch is in the J2a-group of Jewish Branches.
This branch is a member of the Ashkenazi branches
This branch has some matches that might be related after the start of Judaism. Possible related are AB-410 (based on STRs). 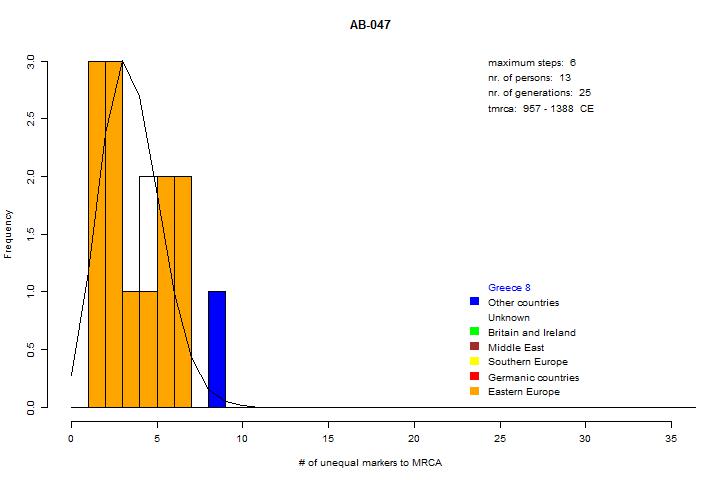