This Sephardic group (from Egypt) has at the moment one member with only 25 markers measured. He can be found on ftdna Sephardic Heritage project . The name probably comes from Levi. A other person with the name Lavy is a close match.

Different genealogy information suggest different origins for Joseph Janse van Zandt. In the van Zandt society oral information is reported: no surname was known when Joseph arrived in Albany, his family came from Santander in the north of Spain. If a Dutch language person writes down a Spanish name, he probably will write it in words that he knows or can write. That is how Vaz became Waas, and possibly Santander becomes van Zandt. On the ftdna project site of van Santen we find 6 branches with a similar name: van Zandt, van Santen. The distribution of the haplogroups is 2x I1, 2x R1b, 1x J2 and 1x T. While the I1 and R1b are common for Dutch ancestry, J2 is present with a low percentage. T is quite exceptional, and have their origin in the Middle East. The branch of Joseph Janse van Zandt is the T-branch. This fits very well with a Jewish ancestry from Santander, while it does not fit easy with a Dutch-German descend. Archives also suggest the Spanish descendancy, as is described as Josep de Spaniert in the New York State Museum.

The name Joseph has a Hebrew background, but is also used in Spain (e.g. Jose) and the Netherlands in that period as a given name. Jan is a typical Dutch name in New York in the 17th century, as e.g. in Jan Kees, which became Yankee.

In one of the references it is suggested that the oldest ancestor comes from Xanten near the Rhine in Germany, see vanZandt genealogy. Given names of Adam and Isaac suggest Jewish ancestry although were also common among non-Jewish people in that period. Given the other suggestions, it is likely that the genealogy to Xanten is probably incorrrect. The documents coming from Xanten are not convincing.

In a collaboration between this website and the van Zandt society the statistics of the match was strongly improved. The match is real and a shared ancestor is estimated between 1200-1600 CE. Two persons (Lavi/Lavy) are detected on the Sephardic background (25 and 67 markers) and about six persons are detected on the Van Zandt descendancy (37 markers). The 25 STR markers of the Van Zandt group are equal to the Lavi-Lavy group. The distance from the Van Zandt-Lavi group to other T descendants is large. 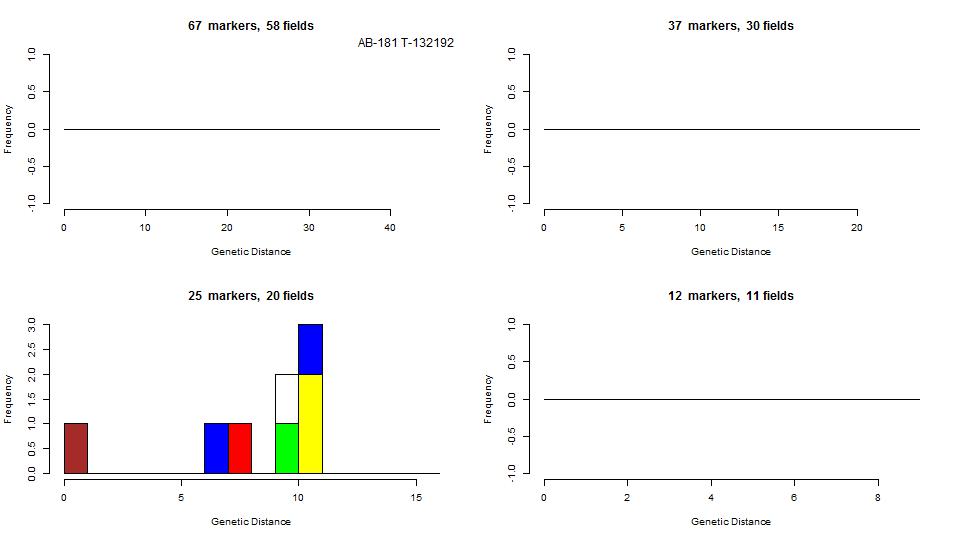