This person from Iraq (Baghdad) has closest connections to J1-Z18297-M4320. He has a distance of 3 out of 37 markers from 272808 who is reported as Jewish on ftdna and located in Iran. The results of the Big-Y test can be found on J1 tree and as YF03353 on yfull. With only Y-DNA knowledge, it seems plausible that this Y-DNA was in Baghdad for a long time, since Baghdad was the center of Judaism for a long period. The presence of the close connection (GD of 3/37) with a person in Iran makes this likely. One of the alternatives (both arrived from the Sephardic departure from Iberia) seems a little less likely due to the GD of 3/37. A next generation test for 272808 would give a good estimate of the Time of the Most Recent Common Ancestor (TMRCA).

He is a member of the J1-ZS2566 group. This group has people on different sides of the Mediterranean Sea: Turkey, Southern Italy, Spain, Tunesia, and Bagdad. Most measured people are closer to the other two branches: the Spanish group (2082) and N112135 (Armenian Apostolic Church). The shared STR-marker of this group is DYS568=12. All other members of Z18297 have DYS568=11.

This branch is in the J1-Z18297-group of Jewish Branches.
This branch is a member of the Mizrahi branches
This branch has some matches that might be related after the start of Judaism. Possible related are AB-274 (based on STRs). 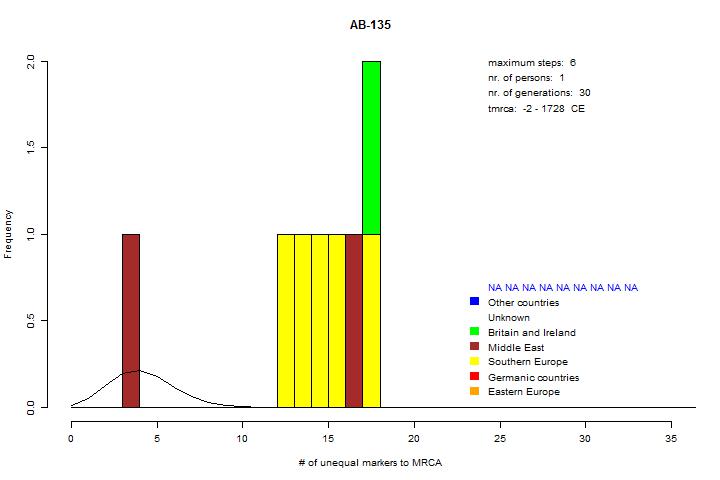 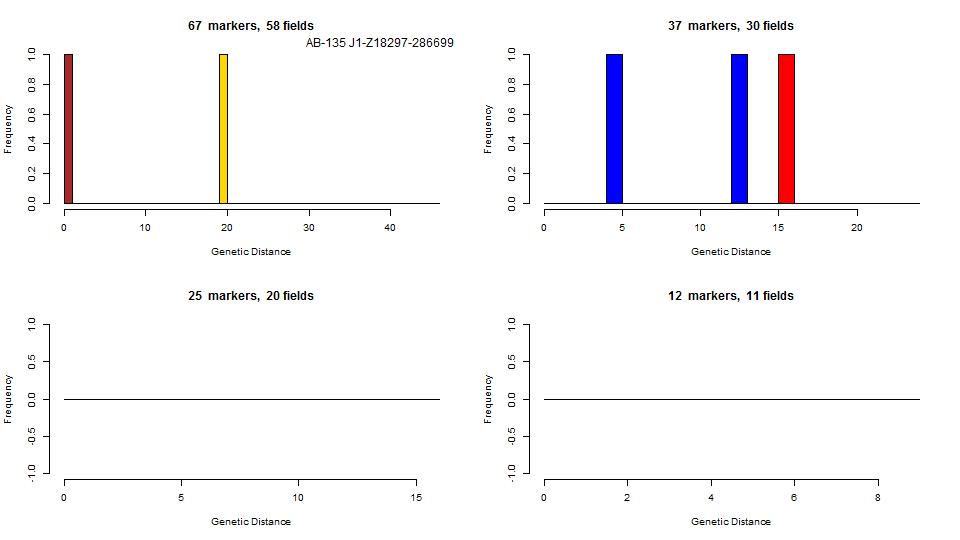 The following kitnr's are recognized in this group:
286699