This group has both a Cohen from Syria (N14611) and a Kurdish Jewish person (169269); both have less than 67 markers. All persons that have 67 markers are reported in the New Mexican project. Some persons are reported coming from Greece. The last SNP that is reported is G-L13.

On the ftdna project page Iberian surnames of Ashkenazim Z2022 is reported as SNP for this group.

It is a clear Sephardic Jewish family line. Herrera is one of the familynames. 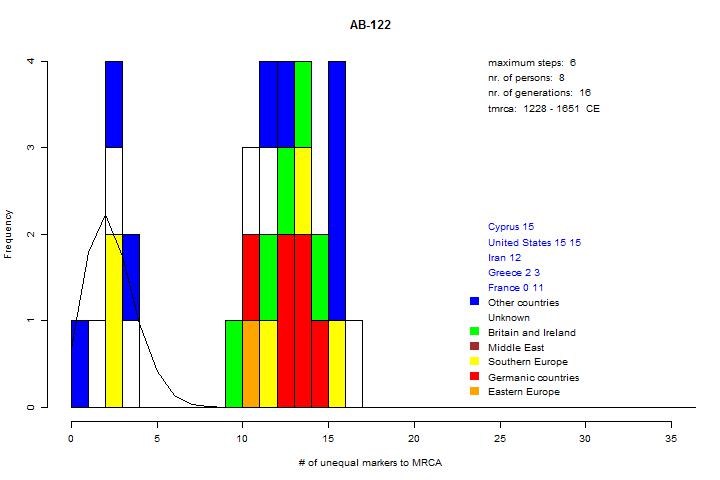