In this group we only have one 67-marker reported Ashkenazi: 294853 (Russia), see Jewish ftdna site. 171342 (Ginis) is on the ftdna T haplogroup and has 24/25 STR match. He is reported Jewish Ancestry, see Jewish marriage certificate in Ohio. A third person from Ukraine is probably also related: mr. Dekhtyar on ysearch. The next nearby STR-group is an Iberian group. They also are next to the T-L208-1st, so probably originate together about 3000-4000 years ago.

In ftdna project T one can see also that in this group are people with a background from Arellano (kit 163863) and a person with surname Carvajal (see wikipedia). Most likely they originate from the province of Leon. 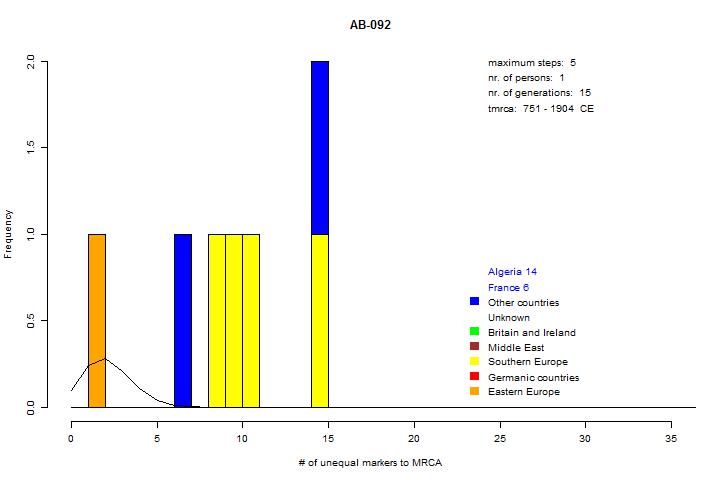 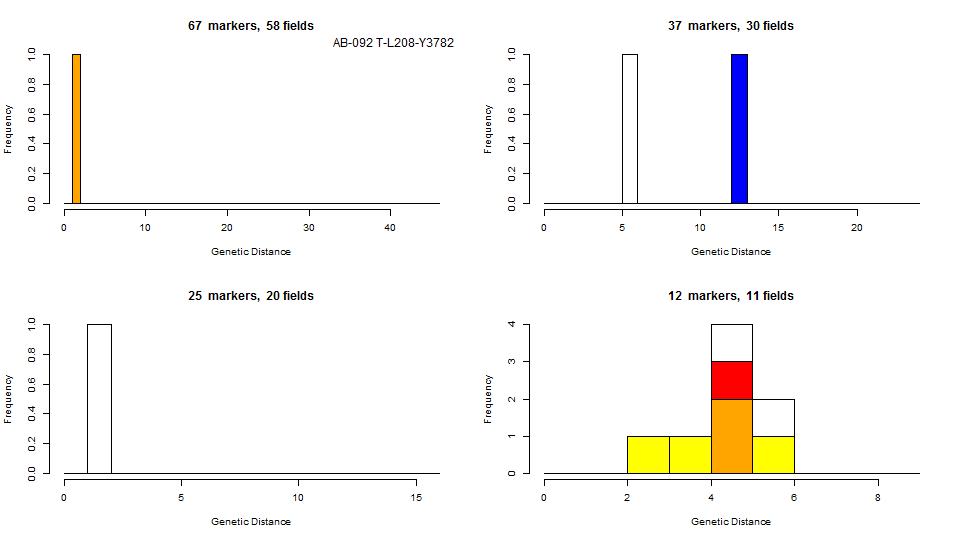 The following kitnr's are recognized in this group:
294853