More detailed info can be found on http://tree.j2-m172.info/

This is a narrow branch with STR data in the ftdna project. The characteristic Ashkenazi SNP marker is Z6048. Many lines in the Z6048 and Z6049 are further away from each other than 10000 ybp.

In 2020 a new closest NGS test was done outside the Ashkenazi branch. This is a person with a genealogical heritage in Damascus, Syria (3300ybp yfull time estimate). It seems likely that this line has a history in the Levant.

The Jewish branch has two Ashkenazi subbranches and a branch that has likely an Iberian origin. Additional is a person from New Netherlands. This could be another Sephardic person from Iberia that went to New Netherlands (see also AB-181).

An older match (likely more than 3300ybp) could be a person with a genealogical history from Napoli. Other people that could be in this old branch, going back to 10.000ybp are from Arabia, one from Iraq and a person from Romania.

This branch is in the J2a-group of Jewish Branches.
This branch is a member of the Ashkenazi branches
This branch has some matches that might be related after the start of Judaism. Possible related are AB-575 (based on STRs). 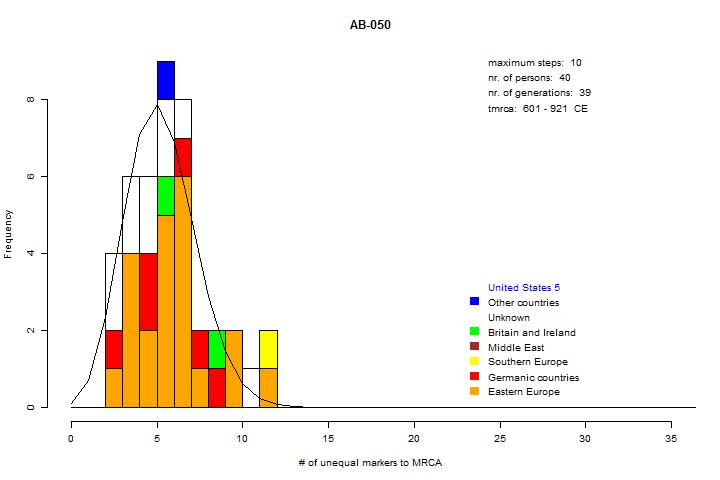 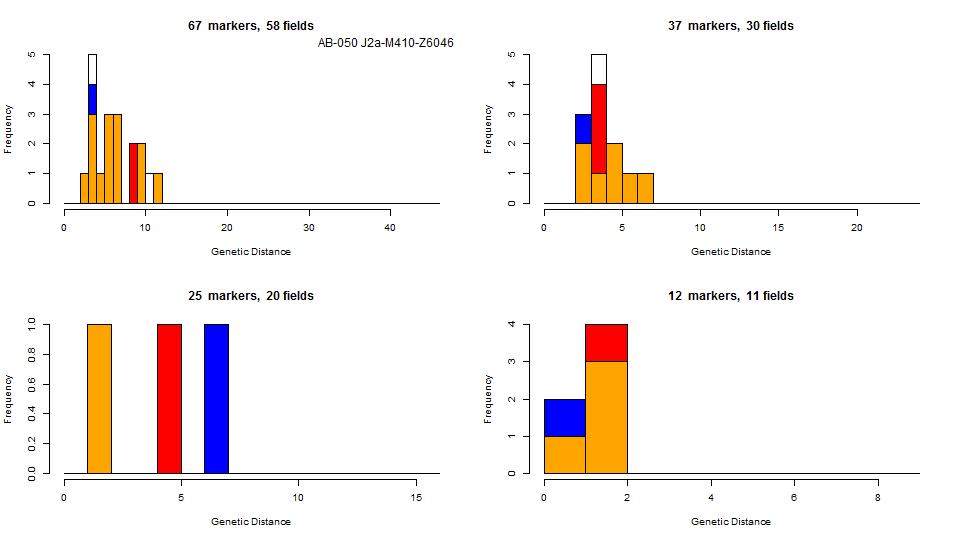