The Iberian group has 8 markers (out of 67) different from the Ashkenazi group. 16 Big-Y SNP's have been reported as different. It is possible that a detailed analysis will reduce the value a little bit. The value of 16 SNP's would imply a time estimate of about 2200 ybp.

This branch is in the J1-YSC76-group of Jewish Branches.
This branch is a member of the Ashkenazi branches
This branch has some matches that might be related after the start of Judaism. Possible related are AB-118 (based on STRs). 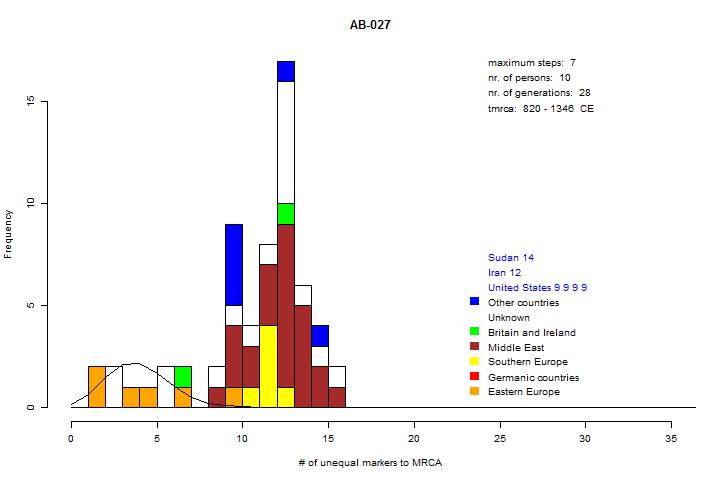 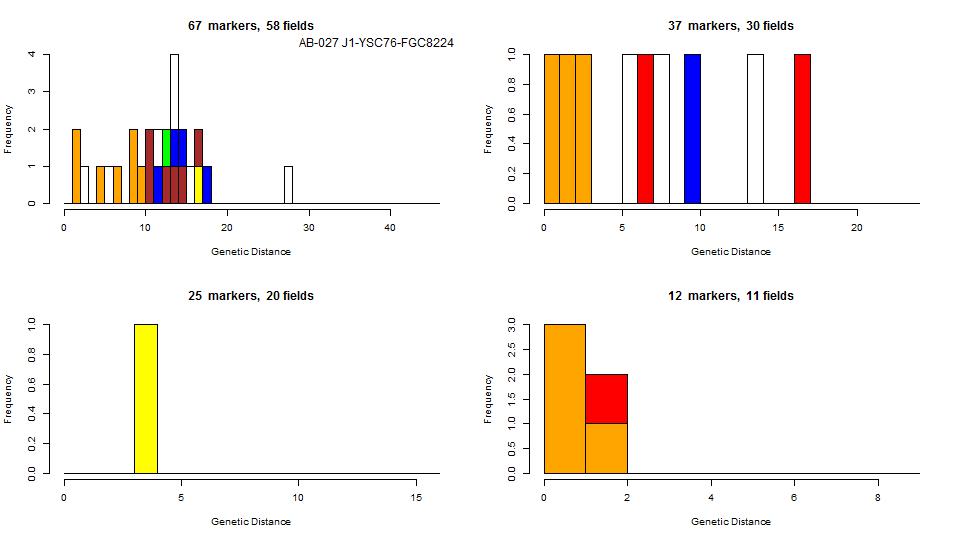