In the Iberian dataset of Adams et al. we also find 29 persons (out of 1140) close to this group (genetic distance of max. 2 markers). The E1b-M81 is a large group in Iberia, and only one small branch went to the Ashkenazi countries. Their is no reason to expect that the E1b-M81 haplogroup was Jewish by a large percentage. Examples like these are probably the reason that Adams et al. determined a high percentage of Jewish admixture in Iberia (19%). It is likely that the value should be much less.

The percentages of M81=M183 are high in north-western Africa. In a Morocco study it reached frequencies of 65-98% among the Berber communities. High percentages are in the bordering countries of Algeria, Tunesia en Spain.

It seems most likely that the ancestor of this Ashkenazi group became Jewish in Iberia.

No known SNP timeestimates have been reported.

The ancestor (M81) was estimated before as 8.2kybp. The Heinila estimate of M183 is 2800kybp. The split with a branch without Jewish indication is 1300 ybp. 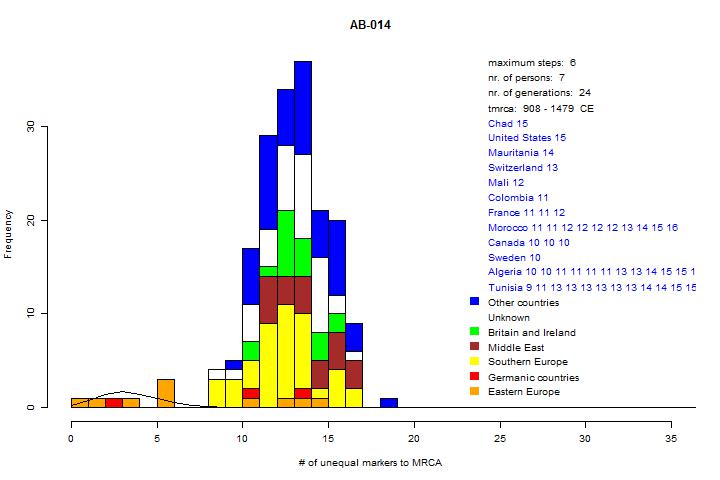 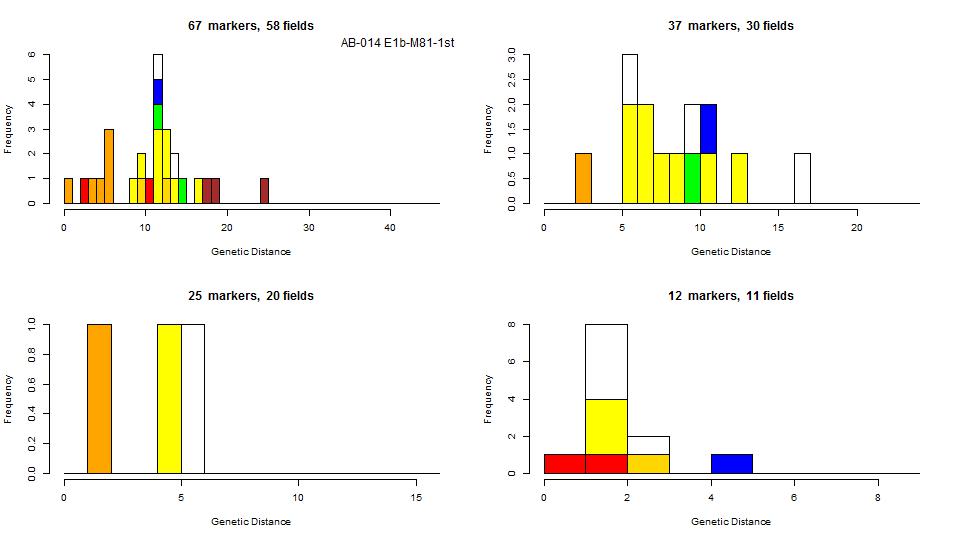