This group has several near STR-branches. These nearby branches are found in the middle-east, in Germany and in Portugal and Italy. It should be interesting to determine a more accurated phylogenetic tree on the basis of SNP (or STR). A Middle-East - Sephardic - Ashkenazi route is possible. In the Iberian dataset of Adams et al. we also find 11 persons (out of 1140) close to this group (genetic distance of max. 2 markers).

Three persons have tested using Big-Y. The analysis needs to be done. A first piece of information is present on yfull with a shared ancestor near 1200ybp.

A ftdna project is headed by Judy Simon.

This branch also has a descendant of Elieser Bassan, a Sephardic Jew who came from Venice to Amsterdam. His Y-DNA is outside the Ashkenazi group, but typical to represent the distance from the rest of the group that is expected of a shared Iberian ancestor in the period that Iberia had a large population group of Jewish people. 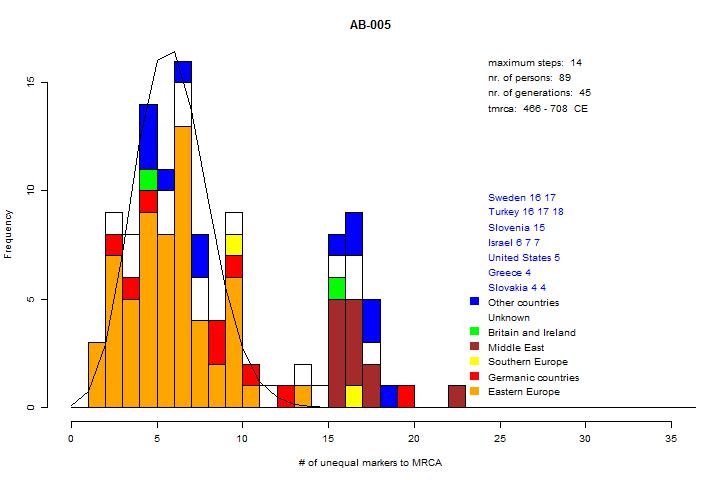 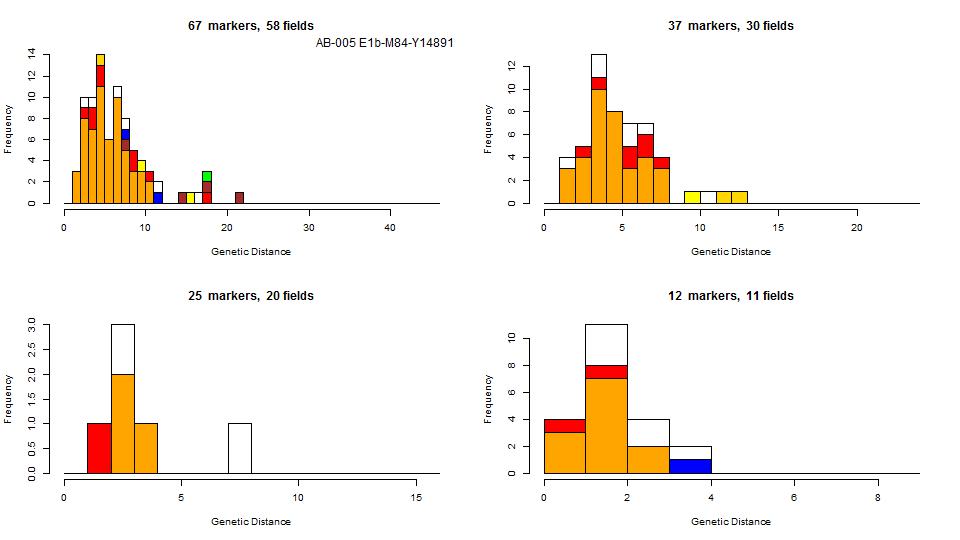