This group is reported by one person: M. Waas.

This person is from the Turkish Jewish community.

We have three lines in this close group. It is this person from Turkey, one group is the modal of G-M201 of the G-M201 persons of Jews of Afghanistan and a third line is Jacobi (Iran) who is at ftdna U1 project. Out of the 37 markers that are available in the three branches the CDY is different (35-38 Afghanistan, 37-38 Turkey and 36-37 Iran) and DYS439 is 11 for the person from Turkey, while the other lines have 12. It is clear that they have a recent shared ancestor.

The equal and special DYS464 markers of the the Jewish (1) and the GB branch (2) of 12-12-14-14-14-14 probably means that they share an ancestor that is not shared by the others (so more recent than the other branches). The order of the other branches could not yet be predicted on the basis of the present STR markers. Next Generation Sequencing will answer this question.

With the information given, M. Waas concluded that the data of the Jewish branch group (1) is consistent with the history of Meashdadi Jews from Iran. The Afghan relation is reported on the wikipedia page. The Turkish person has a history that is likely to be consistent in moving from Iran to Livorno to Turkey. 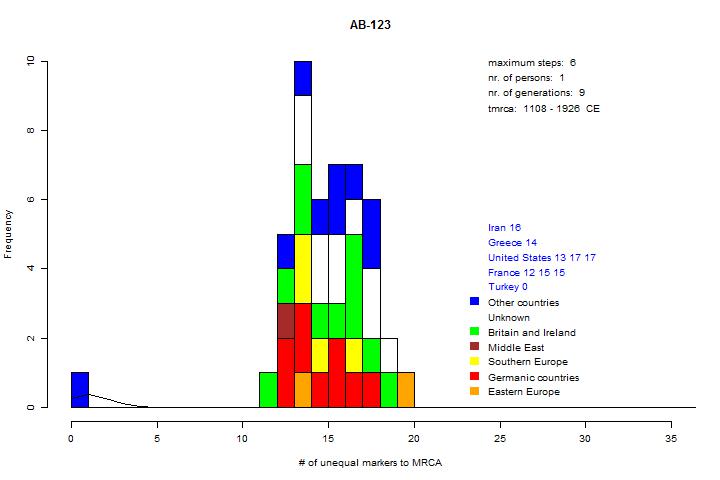 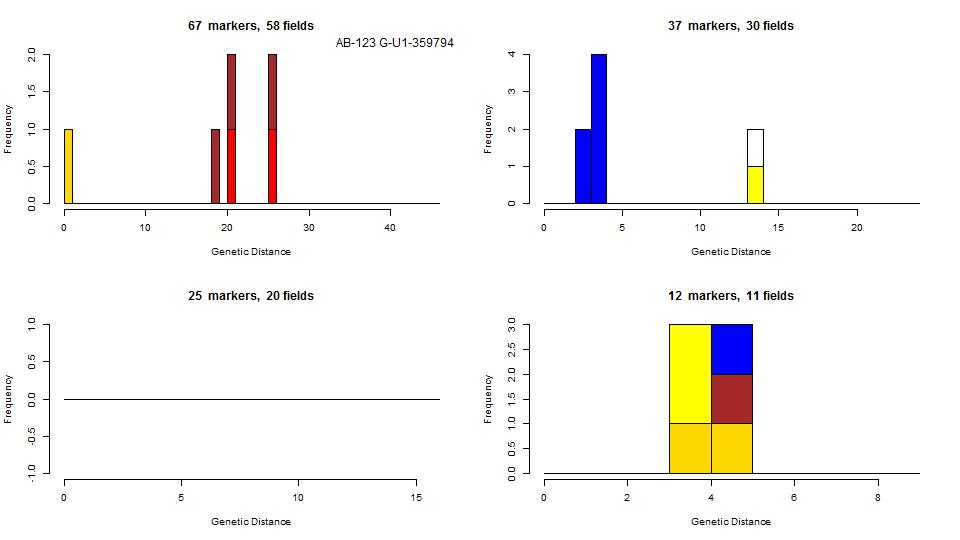 The following kitnr's are recognized in this group:
359794