Yfull has a nice tree of V88. It shows that the ancestral V88 is about 7000ybp. It has many branches, of which two large branches are known, each with three NGS-measurements (FGC, Big-Y or 1000 genomes). One branch is the Arab-African branch which includes V69. The other branch has a split at 3400ybp, so before the start of Judaism. One subbranch at 3400ybp goes to a person from Saudi Arabia and the other subbranch goes to a next split at 900ybp into the Jewish Ashkenazi branch and a person from Peru. This last split fits the idea that a Jewish group left the Middle East and a group lived in Iberia and were part of the Sephardic Jews. The person that moved to Peru has probably Jewish ancestors in Iberia, and left the religion. One of the Ashkenazi descendants lived, probably after living in Iberia, in the Ashkenazi countries, where the population grew.

Four Iberian people with only STR-measurements are close together. The estimated time to the Ashkenazi group is about 1200-1400 years. They probably had a similar history as the person who is living in Peru. 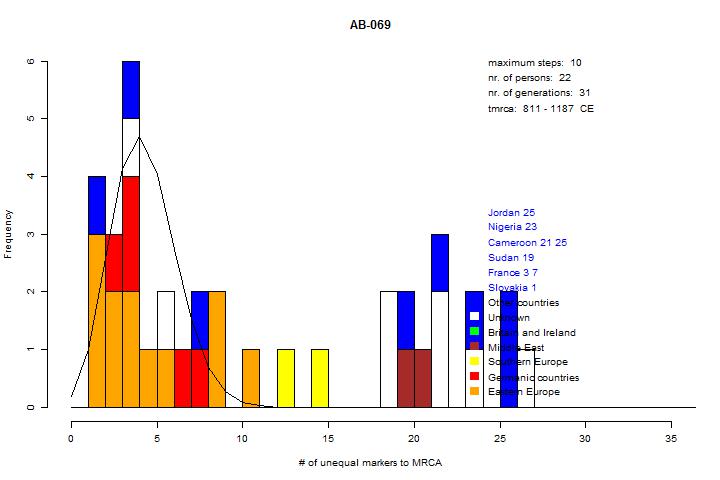 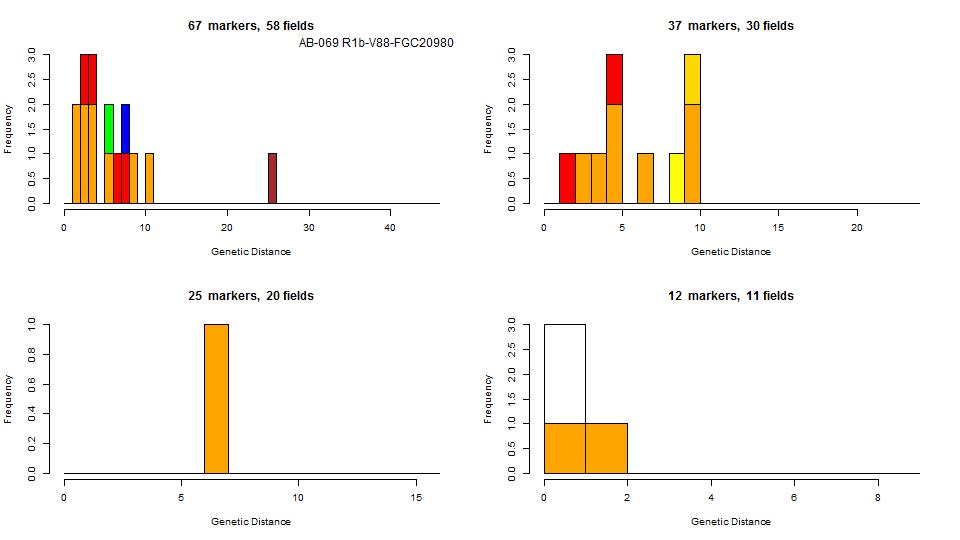 This branch is in the R1b-old-group of Jewish Branches.