This is a Cohen branch that originates in Jerba in Tunisia. In the article of Hammer et al. (2009) they had 13 samples of this group. The yfull time estimates shows that the branch migrated to Djerba in the time Carthage was still the capital of North West Africa.

The significant marker of this branch is M318.

The Cohen tradition remained stable in Djerba over a long period of time. It means that the migration of the ancestor took place near 0 CE or a little bit earlier. The oral tradition suggests an arriving date of 6th century BCE, see Djerba. History of the relation between Tyre and Israel and Tyre and Carthage makes this scenario plausible. More NGS tests might report more branches and an earlier date than the present oldest tmrca.

Other members in the M318 group

In the parallel branch of J-Z39283 (M319-) we find a branch from Portugal (in ftdna and yfull), and a descendant on continental part of Italy (publ. Finocchio et al. 2018, reported in yfull). 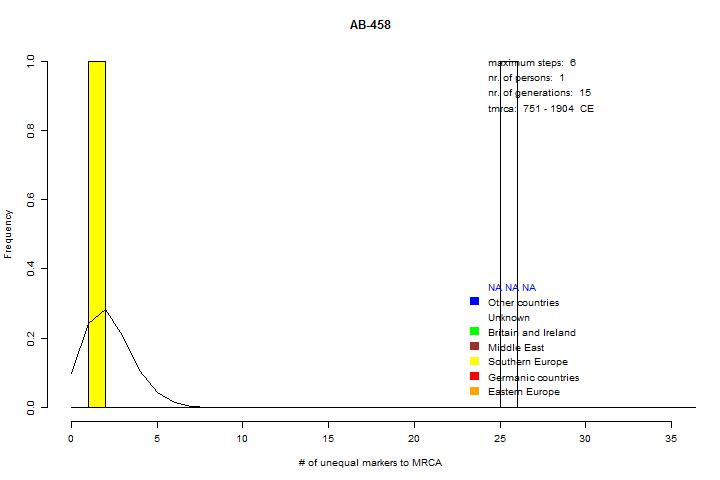 The following kitnr's are recognized in this group:
AB-480