The modals between the German and the Iberian-Jewish branch differ in the 1-37 STR-markers only on YDS385, DYS389i, DYS449, and YCAII, all by one mutation. It is most likely they have a shared Jewish ancestry after the start of Judaism. The modals in the range 37-67 differ by at most 2 STRs. This value has only an upper limit since only one person in the Iberian-Jewish branch was measured with these markers.

The distance to the next closest person in 67 STR markers is much further away. This is the case from the viewpoint of the German branch and from the Iberian-Jewish branch. 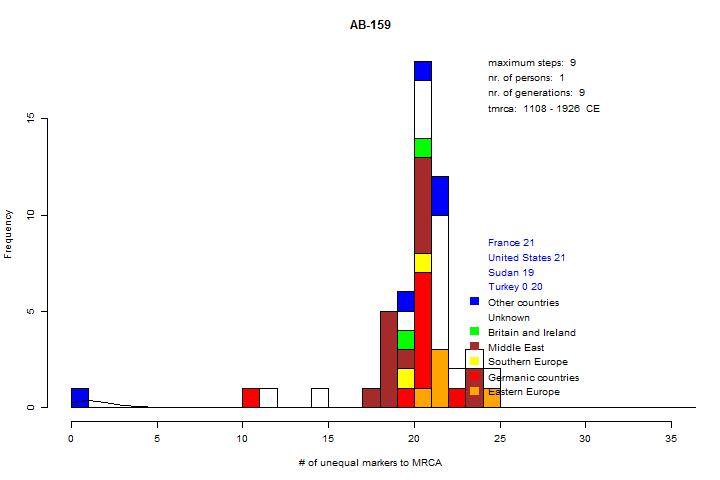 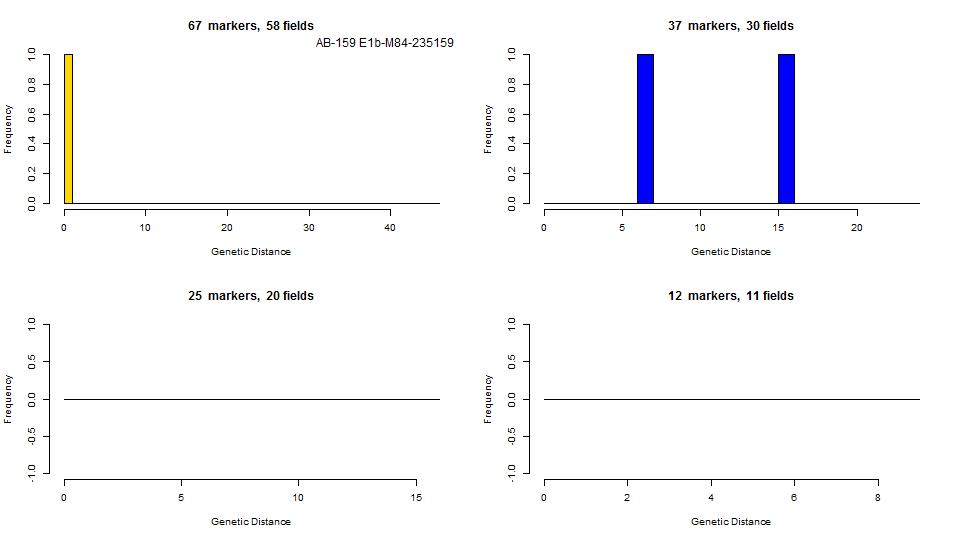 The following kitnr's are recognized in this group:
235159