This person is reported Jewish and reported as country Israel. According to the Heinila analysis he probably has the marker ZS2589, which makes it likely he is in the Z18292 group below Z18297. 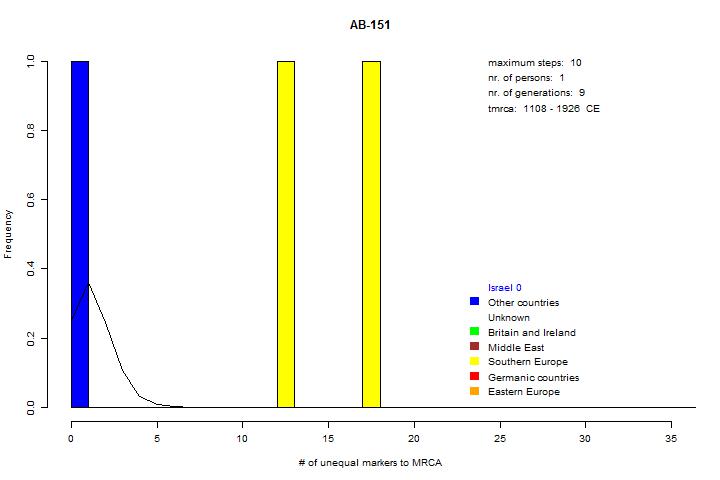 The following kitnr's are recognized in this group:
65729