This branch from Sephardic origin has several Jewish persons in Iraq and Turkey. In 2019 we have Spanish and Sephardic descendants in this branch with different surnames in both groups and STR-distances that indicate a tmrca of more that 500 years and less than 1000 years.
This branch has a shared ancestor in yfull (CTS8411) and ftdna with two other branches. This SNP is about 3700 ybp and has another (AB-004) Jewish branch and an Irish branch. It is most likely that CTS8411 was in the Levant and three descendant lines are measured; one left to the Ashkenazi countries, one went to Spain being Jewish and one ended in Ireland. In Spain a few descendants left Iberia as Sephardic Jews, and a few others became Catholic and remained in Iberia.
The next closest members in yfull are two persons from Sardinia. Given the history of Sardinia and the Levant, one can speculate that they arrived in Sardinia in the Phoenician period.

This branch is in the E1b-V12-group of Jewish Branches.
This branch is a member of the Sephardic branches Possible related are AB-249 AB-487 AB-517 (based on STRs). 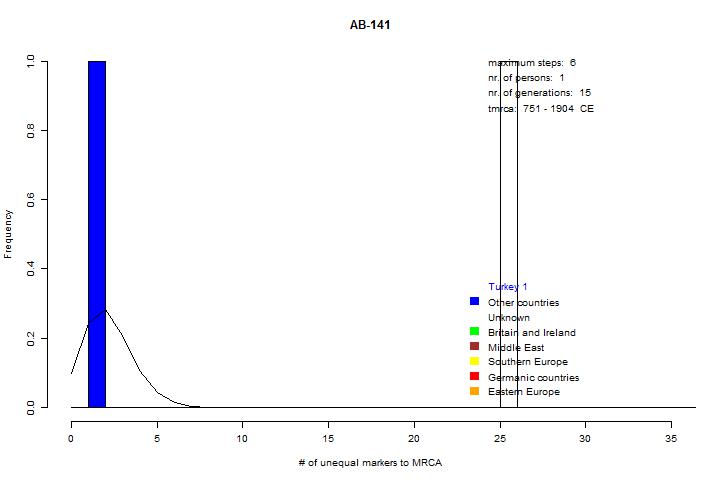 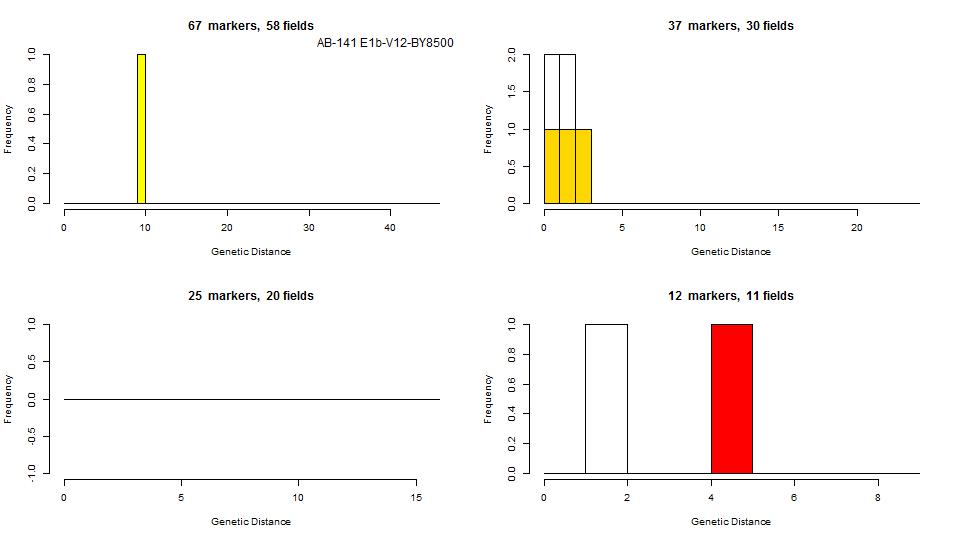 The following kitnr's are recognized in this group:
430774