The person is reported from Tunisia on the Sephardic ftdna project page. His closest match is N55109, who is reported on the JewishE3bProject page, and comes from Romania. It is likely they have shared Jewish ancestors. The next closest group is the E1b-M84 group. Also 213109 (Ganz) is in this group. Ganz is not reported Jewish, but he comes from Ukraine, and Ganz is a well known Jewish surname.
In 2018 it is a branch of both Ashkenazi and Sephardic heritage. The shared line has a shared ancestor with Saudi descendents with a shared ancestor near 1250ybp, according to Yfull. The older branch (Y6720) has many branches in the Middle East. It is most likely that the Ashkenazi-Sephardi branch left the Middle East in the early times (e.g. 700-1000 CE) of the Islam power in Iberia. This resulted in the lines of Sephardic and Ashkenazi descendants.
Is is unlikely that the two samples in Yfull are different (2018, ERS1789518 and YF06994). This estimated time of a shared ancestor near 900ybp has no meaning. 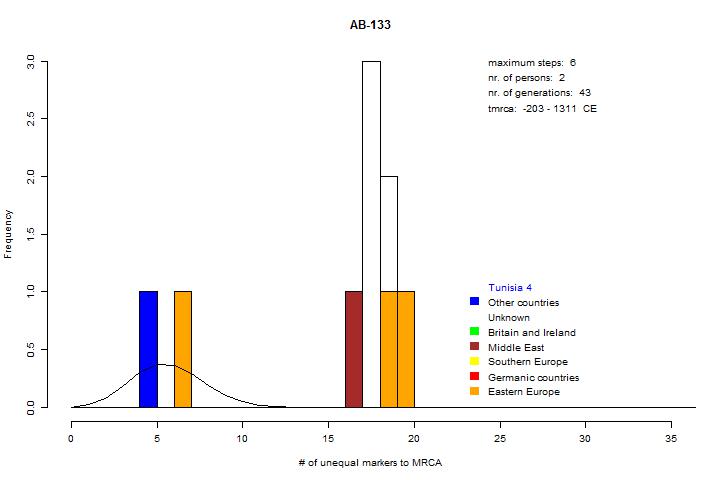 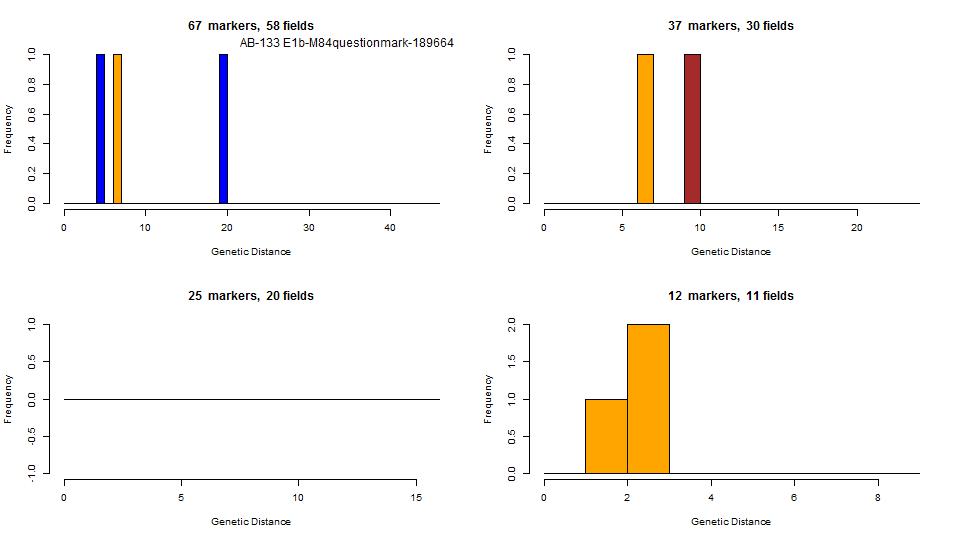