This person (Rothschild from the Frankfurt project) is fairly close to other R1b persons (5 out of 64 markers off). His most accurate SNP that is reported measured is R-M269. It is unclear to which R1b-haplogroup he belongs, but it is very likely that he is L11.

If we look at the closest STR-distance it has people who are U106; it is likely that the ancestor became Jewish in Europe.

The 12 STR-markers of Paredes (N63085) are equal. He is reported on the ftdna Iberian Surnames of Ashkenazi page. This person is probably a member of the Sephardic Paredes family, who have their Hebrew website at www.pardess.com and are reported as leaving Spain 17 generations ago. Other people also have a 12 marker match, so this knowledge is limited.

SNP measurements are neccesary to determine what his closest relative is. 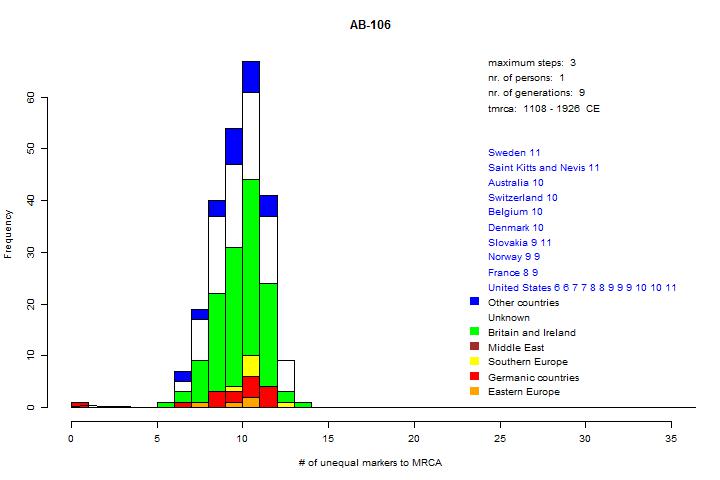 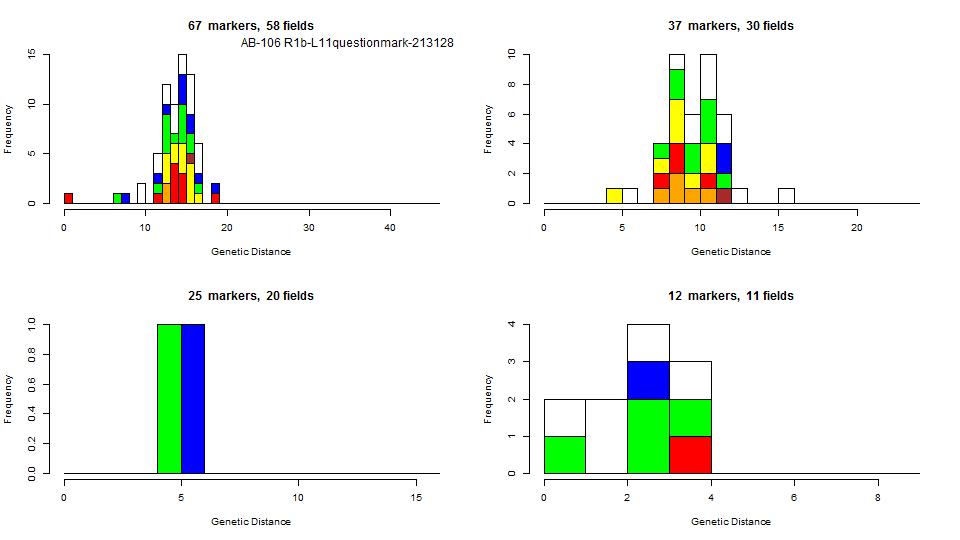 The following kitnr's are recognized in this group:
213128