This line is studied very well. The result can be found on academia.edu. Access is given after registration.

This group is P312+ and DF27+. A nice picture of the distribution of DF27 is given on Eupedia. This Ashkenazi group has also few Jewish descendants in the Netherlands. The Dutch descendants (de Leeuwe, Sanders) have a family tradition that is reported as Ashkenazi.

On the Sephardic ftdna page are several people near to this group: two persons Souroujon from Turkey, one Suroujon from Bulgaria, Yarden from Turkey and Surizon from Unknown origin. E6121 is at GD=15 from Algeria and reported Jewish on the ftdna page.

The ftdna project page shows also the members of the other (Iberian) branches of FGC20747.

It is likely that that the modal DYS389I=12 is not the ancestral value of the MRCA. Most likely it is the value DYS389I=13, which is shared by the Duerenberg, Dutch descendants and 160021. The east-european DYS389I=12 probably appeared before the population growth of the eastern-european Jews. The shared DYS511=9 is shared by Duerrenberg and the Dutch Jews.

One Spanish person is member from this group. He is from Garnica. He appears to be close to a Western Sephardic person.

You can find additional information in this research paper . 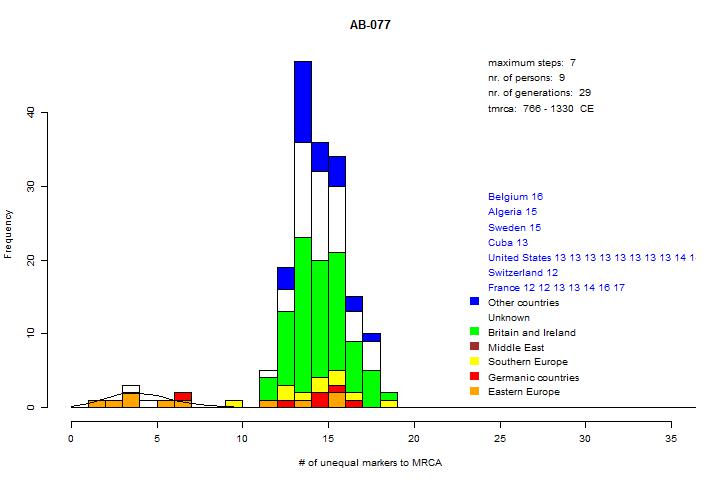 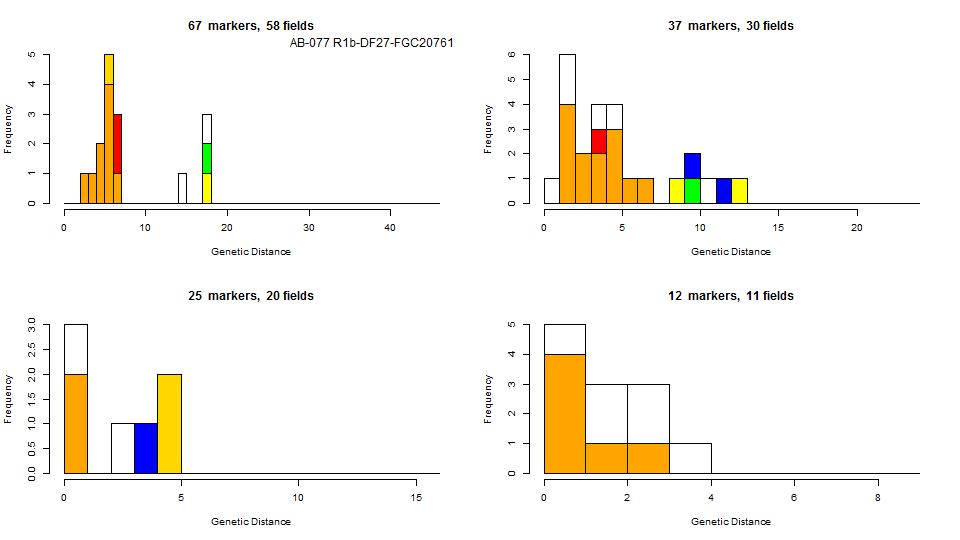