This branch has only one small close branch according to Heinila. It consists of a few British and Dutch persons at about 1700ybp. A next branch is more than 3300 ybp away with people from a large region (Ethiopia, Saudi Arabia, Southern Europe and Western Europe).

In 2020 several people have done NGS (Next Generation Sequencing). The old E-V22 has a history as described on e-v22.net. It originates in southern Egypt. The exchange of people between Egypt and the Levant is old; older than the start of Judaism.

This branch has a large Ashkenazi and a smaller Sephardic branch. Whether the first Jewish people in this branch became Jewish in the Levant or in Egypt can not yet be determined.

The modal is not equal to the STR of the MRCA. Most likely the STR of the MRCA has DYS449=34 (modal has 33), and DYS537=12 (modal has 11). The characteristics are typical: the shared ancestor is a little bit older than if it is based on classic analysis based on the STR-modal. One of the subbranches dominates the modal. The difference is about two to three marker changes in this case. 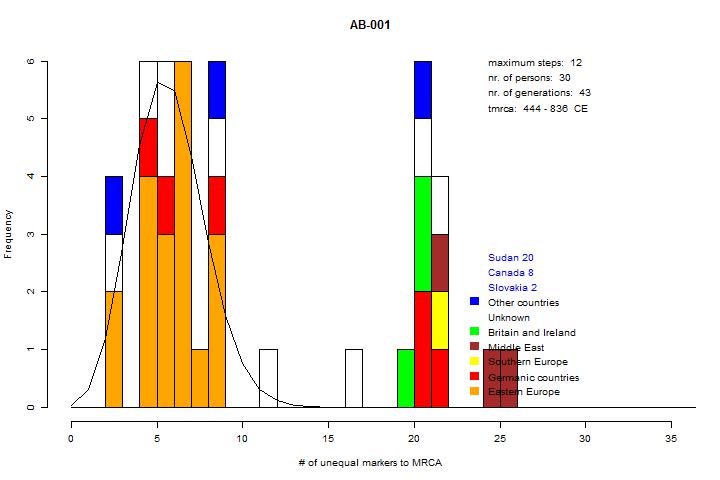 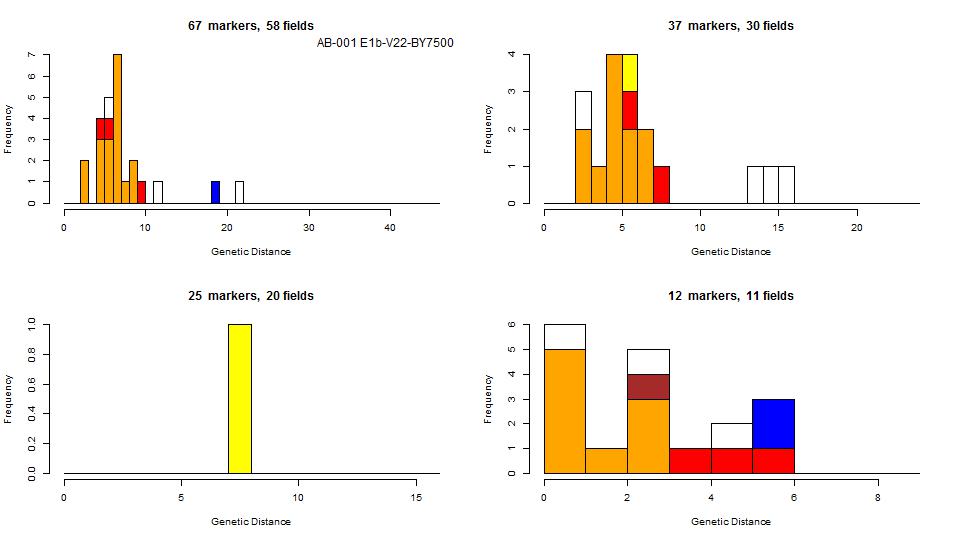