Ashkenazi with genealogical history in Frankfurt

This page looks at the data supplied by website Jews of Frankfurt and ftdna project of Frankfurt ; the data and websites are managed by one team. The goal of the website and dataanalysis is reported on the website: "The goal is to determine the Y-DNA markers of the more than 40 families of the Judengasse whose family trees can be traced back at least to the 16th Century." This makes it an interesting case for connecting DNA data with geneological information. It contrasts most of the eastern European Jews, where it is difficult to find high quality Jewish genealogical data before 1800.

From historic perspective the Frankfurt region is an interesting area. Jews were present in serious numbers in this region in 1096, that the historic knowledge on the Rhineland massacres is well kept. 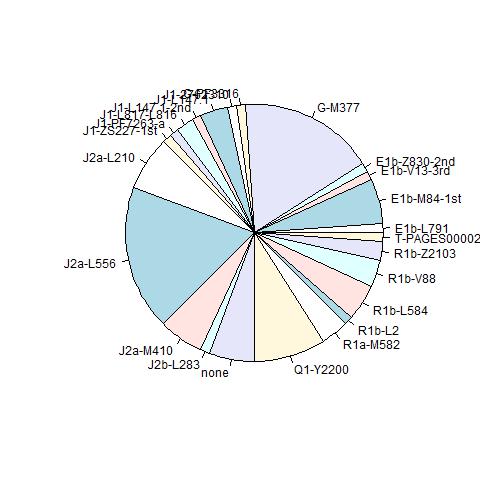 5 out of 62 had Y-DNA that was not related to other Jewish Y-DNA ("none" in the pie diagram). All five of them were R1b. Three of them were measured with 67 markers; two of them had only 37 markers, and are not used here, because of the limited statistics.

The three ancestors of these three persons became probably Jewish in Europe; see below.

The modals of the people that were not measured in the known branches are reported in Frankfurt modals page. 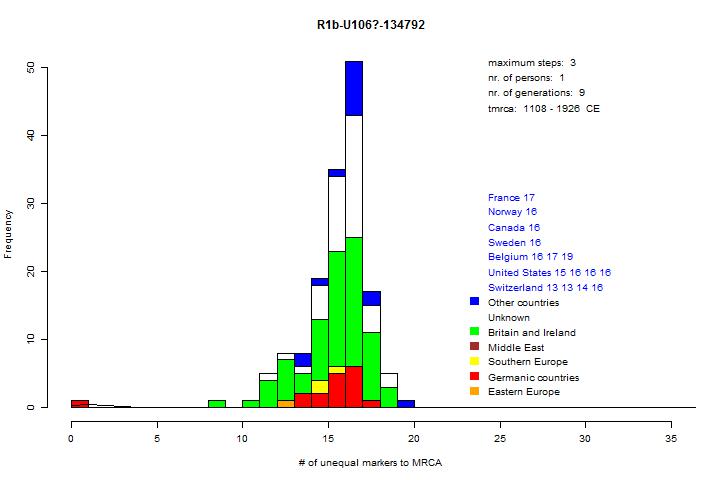 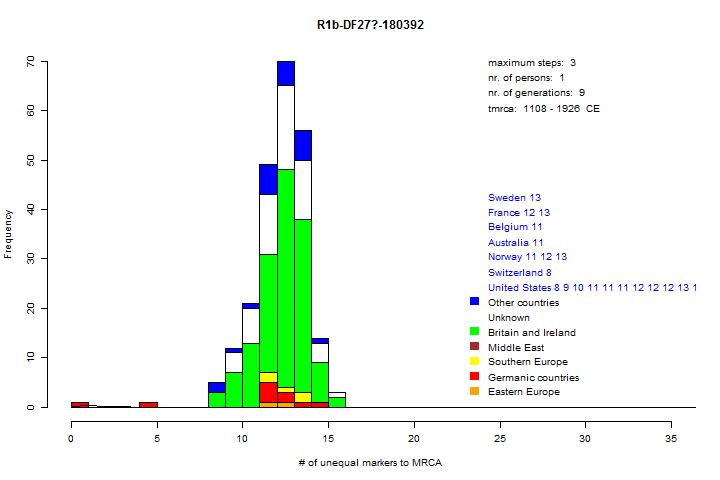 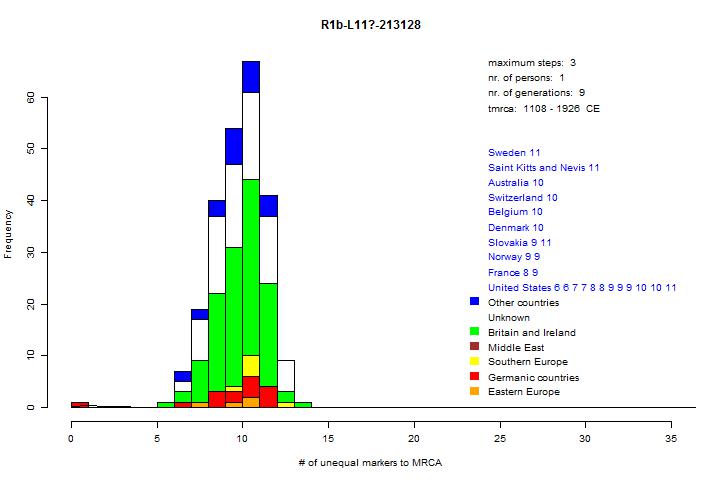