This group has several persons with Jewish heritage from Izmir, Turkey. Cavaliero. Some can be found on the G-L293 ftdna project page. The others in the group are in the area of Spain and Italy.

The group that is indicated with DYS438=11, DYS481 less than 18 has a shared ancestor that is older than Judaism.

The composite G tree gives a similar period. Next to this group is the group which is defined as "G2a1a3 DYS438=11, DYS481 less than 18". The distribution is similar, but in this group no Jewish person is found yet. The person from Ukraine is not Jewish. 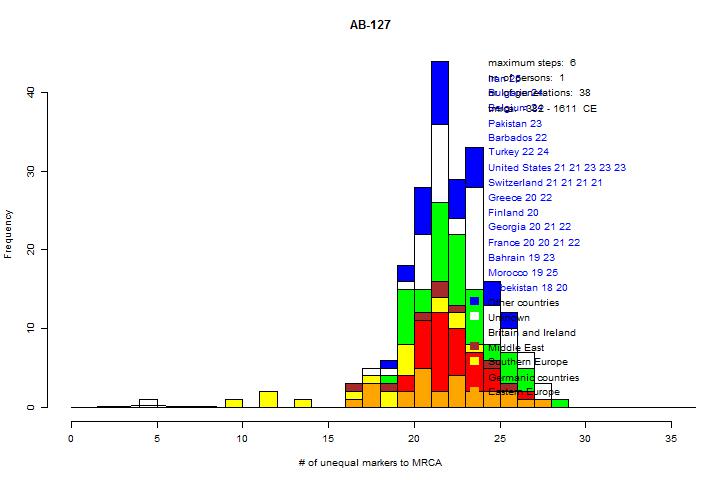 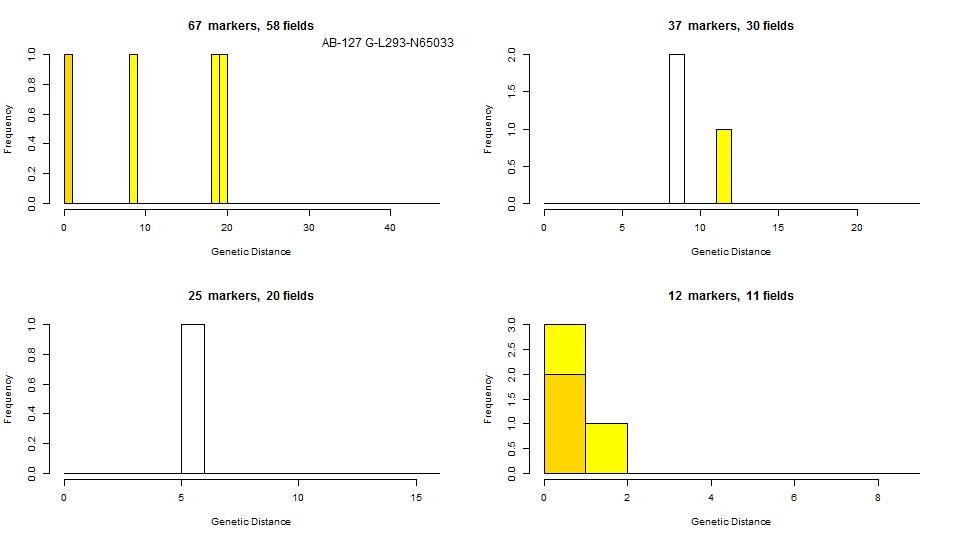 The following kitnr's are recognized in this group:
N65033