These persons are in the CTS900 SNP group.

The genetic distance (GD) between the Jewish persons that had 67 markers tested is only 6/67, where most markers that differ are markers with a high mutation rate: DYS449, CDY, DYS389ii, DYS385, DYS444 and DYS446. Both persons have 111 markers measured, with only 3 marker mutations in the 67-111 marker range. The markers that are reported here are the most likely ancestral markers of both groups (including the Converse descendants, see below).

The branche is fairly small, suggesting a low population growth in the Ashkenazi countries. The descendants of the two branches have characteristic Jewish names, with one branch that probably changed to a different religion late: Converse. The surname must have given shortly after their change of religion, since it indicates the change of religion.

The branch CTS900 is an old J2-branch (more than 10000ybp), with no branches with clear founding father effects.

About five different other Ashkenazi surnames were reported in this group, but with only 12 markers tested. 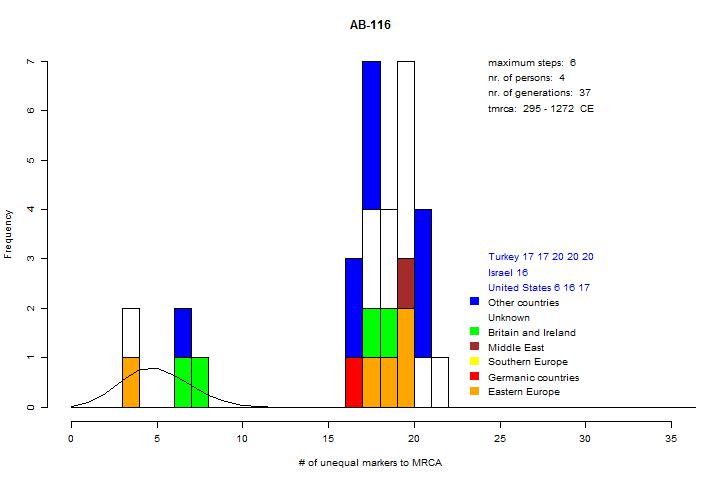 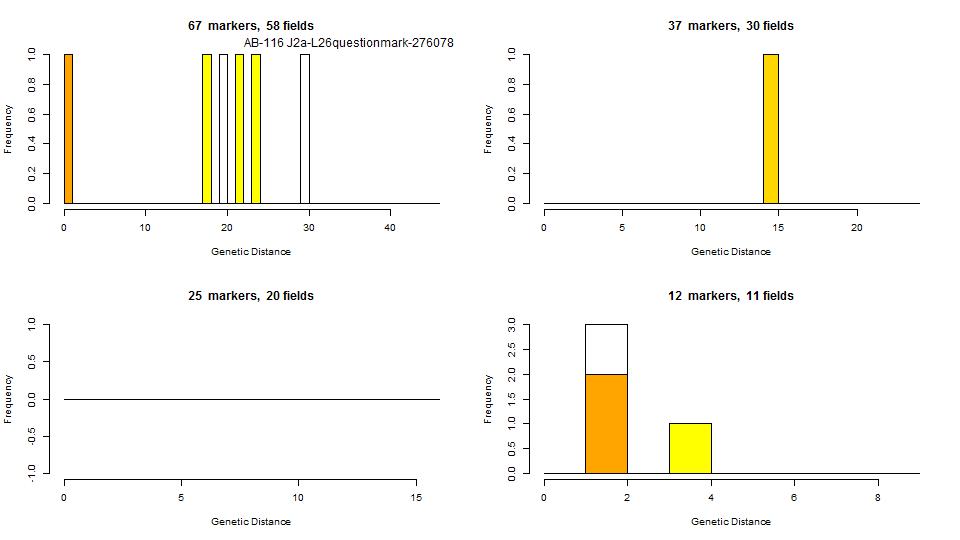