This group probably became Jewish in middle Europe. The closest non-Jewish persons are 22499 from Alsace, France and N118500 from Italy. 212910 is closely related to 22499 and did a big-Y test, see http://dgmweb.net/DNA/Corbin/CorbinDNA-results-HgI2.html. The two persons that have a British origin in the diagram probably descend from a Eastern European Ashkenazi.

According to Iberian Ashkenaz ftdna project this group is likely Sephardic from Spain. 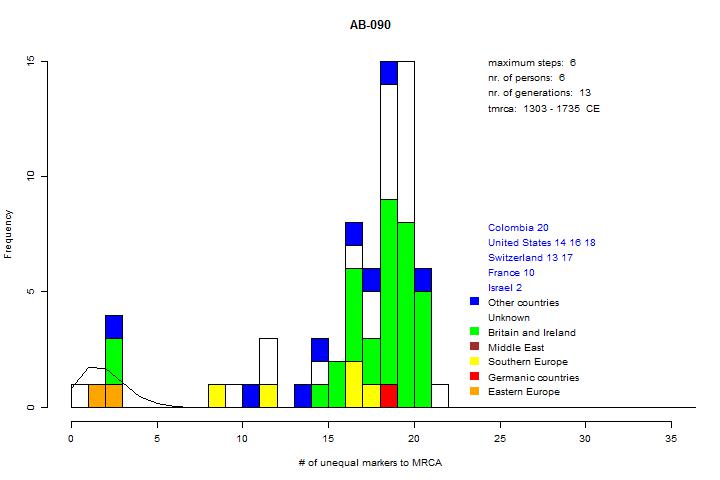