The people in the I2-P37 group are probably partly Jewish. Several of them are reported on Jewish pages, but a lower percentage than expected. It is most likely that a member converted to the Jewish religion, and relatives also have descendants that are not Jewish. The following persons are reported on Jewish pages: 184309 on Jewish Prague, 211949 on Suwalki Lomza Jewish, N12066 is Blum, and on Bloom pages, which are ofter Jewish, 75013 on Yichus, 97392 on Belarusian Jewish, 76469 is Melamed is a Hebrew surname, 177516 on a Cohen page, 130155 on Jewishdna, 281691 and N112271 on Jewish Ukraine West. 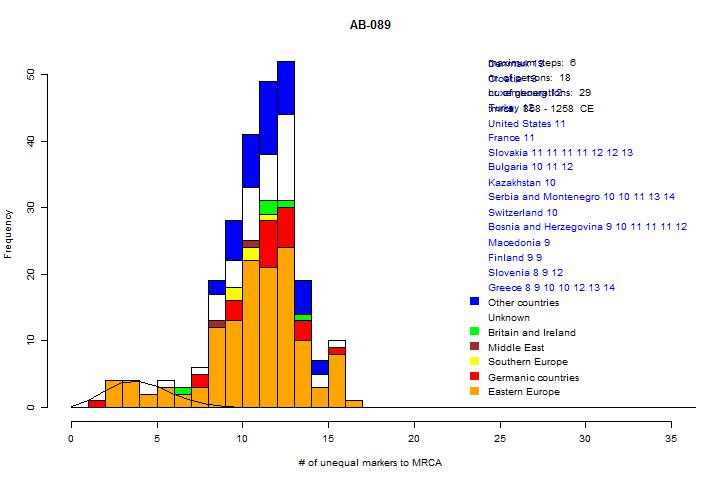