The Ashkenazi branch has two parallel lines. One is FGC263 and the other is FGC33963. The STR differences are clear. The shared ancestor in yfull is 1150ybp. The two subbranches have 700 and 850 ybp respectively as their shared ancestor.

In the Avotaynu project also some STR-distant Sephardic branches are detected. After NGS-tests are doen, we will learn they fit in the history.

The branches parallel to the Ashkenazi branches have typical Canaanites-Levant chracteristics.

If we look at the branche splits before Roman times and below G-Z5856 in yfull and G-FGC264 ftdna and the literature, we find the following characteristics:

So we have several arguments that fit in the Canaanite history:

The Mongolian sample is a very interesting one. It requires a migration from the Middle East to Monogolia between 700 BCE (yfull estimate of FGC226 and FGC249) and 300 BCE (the end of this culture). Since both FGC226 and FGC249 were measured, the period is probably less. In this research several other Middle Eastern samples were found the different ancient DNA samples of Mongolia. The Middle Eastern Y-DNA were a minority but clearly present. Out of 124 samples, one was E-V22, five J1 and seven J2 and one was G-FGC226+FGC249. In the publication the Sarmatians are reported as possible origin. This could fit with the Cannaanite origin in the end of the Bronze age.

Old information: Leon Taranto (who is registered as Turkey at a genetic distance of 12/67 markers from Ashkenazi G-L140-FGC249 modal below) wrote a beautiful article on his Sephardic-Rhodes history (kit 41236). This person is probably also closer to the FGC31715 than FGC263. Notice that the reported claims of note 13 and 14 (Ibiza, R. Banks) are overinterpretation of the data of Adams and Rodriguez. In the Iberian dataset of Adams et al. we also find 2 persons (out of 1140) close to this group (genetic distance of max. 2 markers). 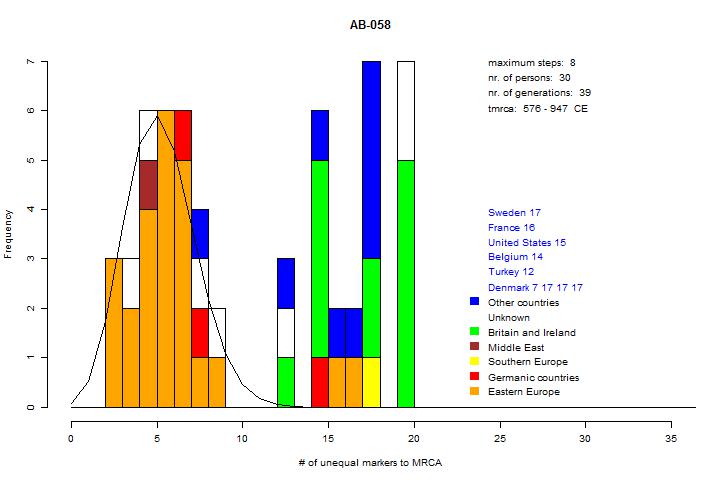 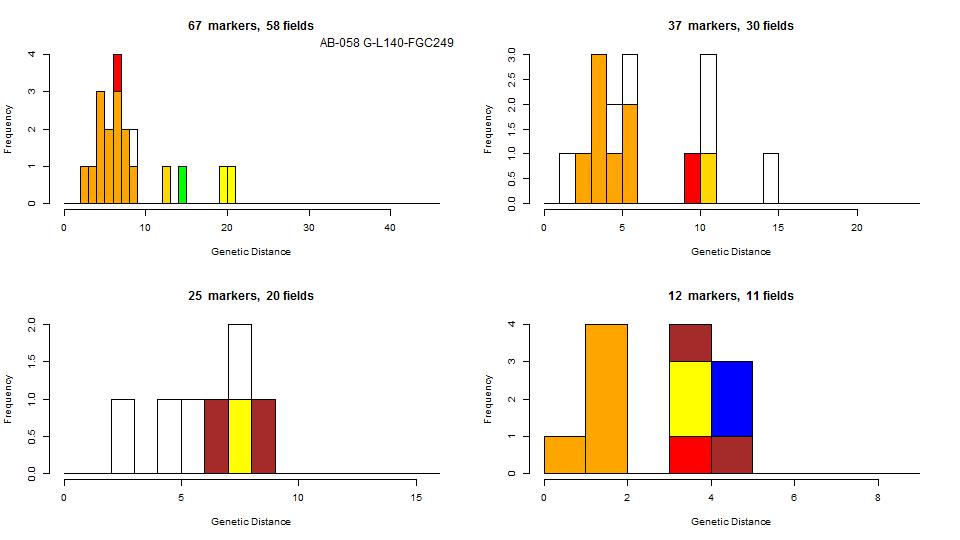