This group is fairly close to a other Ashkenazi L70 group. The recognizing marker in this group is P244.2. On their distance, see AB-045.

In the Iberian dataset of Adams et al. we also find 14 persons (out of 1140) close to this group (genetic distance of max. 2 markers).

In the diagram below one person is from Afghanistan; in other lists, the person is reported from Turkey.

This Jewish branch can be found on yfull PH2725. The parallel branch is F801.

So we see distant branches in Azerbijan (SNP-tested PH2725), Bulgaria, Latvia, Portugal, Italy, Greece, England, Puerto Rico and the Ashkenazi branch. All of them have a shared ancestor more than 3000 ybp. The presence of non-Jewish in Bulgaria and Latvia suggests that they migrated from the north of the Middle East (Anatolia?, Southern Russia?) to other area's.

The closest non-Jewish is probably a person who has a family line going back to a small village, Carunchio, Chieti, in 1722 (central Italy). A NGS test or single SNP would be most interesting to see if this person is related. The most interesting difference in 67 markers is Y-GATA-H4, which is 10 for all in this Jewish Branch and 11 for the Italian person. It is possible that a mutation from 11->10 took place in the early period of this Ashkenazi branch.

A few persons that a little bit further off is a family Hunt in the U.K. 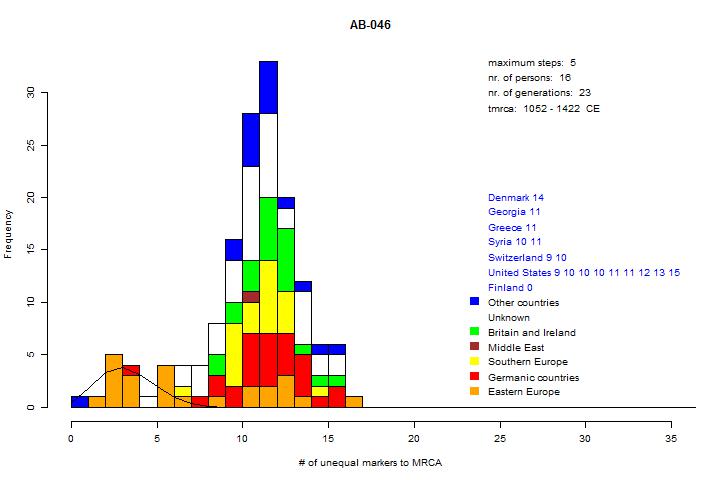 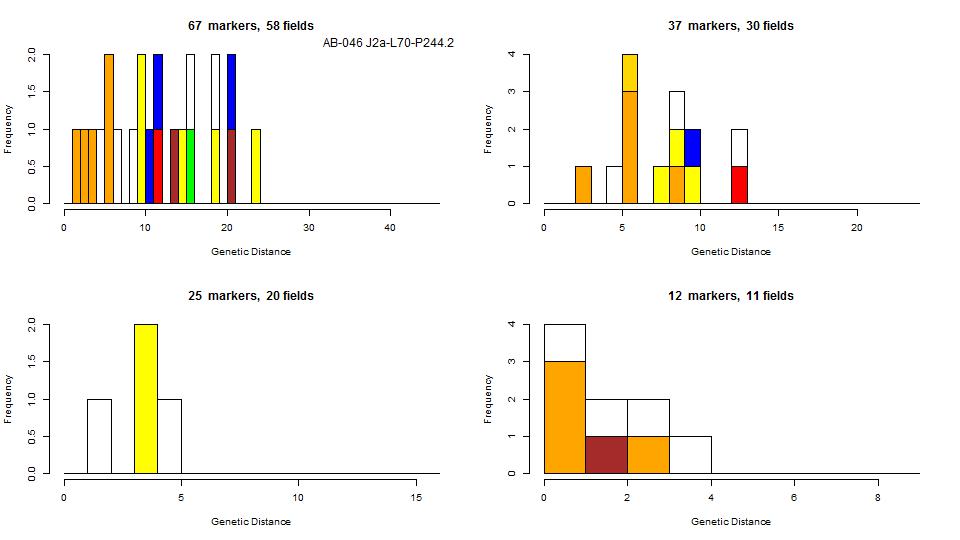