This Ashkenazi branch has a shared SNP in BY80. The averge amount of SNP's since that moment is 9 Big-Y SNP's, which gives a similar time estimate as the STR variability. The first Ashkenazi ancestor lived early in the middle ages, and the size of the group is fairly large, with no clear nearby branches. It is most likely this first ancestor arrived early in the Ashkenazi countries.

Several people have done Big-Y test. The result of the basic analysis (inspection of novel markers) is visible on J1 tree. This group is old, contains also English, Iberian and many Germanic persons.

The ftdna project on L816 has all the details.

The tree follows the characteristics of many groups:

This group has all characteristics.

You can find additional information in this genealogy paper . 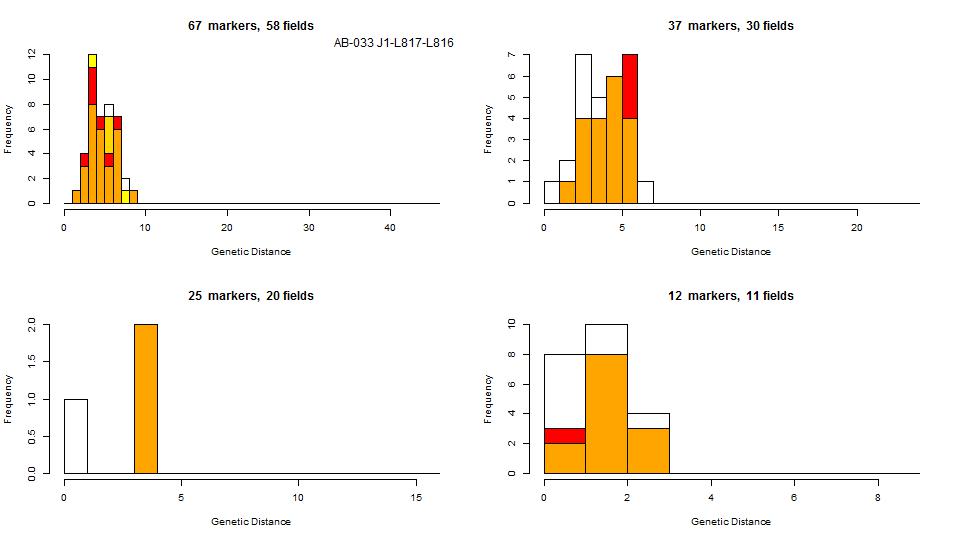