The closest Ashkenazi branch is J1-Z18297-M4320b. Their shared ancestor is after the start of Judaism.

Three persons in this group have information suggesting their origin before moving to an Ashkenazi country: 161697 has reported: "lived in Goa, Portugal", 207239 reported an origin in Spain and 48489 reported on Sephardic Migration: "Lisbona, Syrian Arab Republic" and on another page "Aleppo, Syria in 1770". Same for 48490 as Lisbona from Egypt (also reported of Sephardic page of ftdna). The name of the last persons suggests they moved as a Sephardic Jew from Lisbon to Aleppo in Syria, resp. Egypt.
Most likely the ancestor of this branch is Jewish and originates from Portugal. One descendant moved to Syria, one to the the Ashkenazi countries, and a descendant line in Portugal and one in Spain.

A few Ashkenazim have larger STR distance than the Syrian/Portugese/Spanish descendants to the modal. It is well possible that some people went from Iberia to Ashkenazi countries before the shared ancestor of the persons from Syria, Portugal, Spain and part of the Ashkenazim. Measuring some recent SNP's should resolve this issue. The interesting persons are: 100329, 42354, 70602 and 57706. 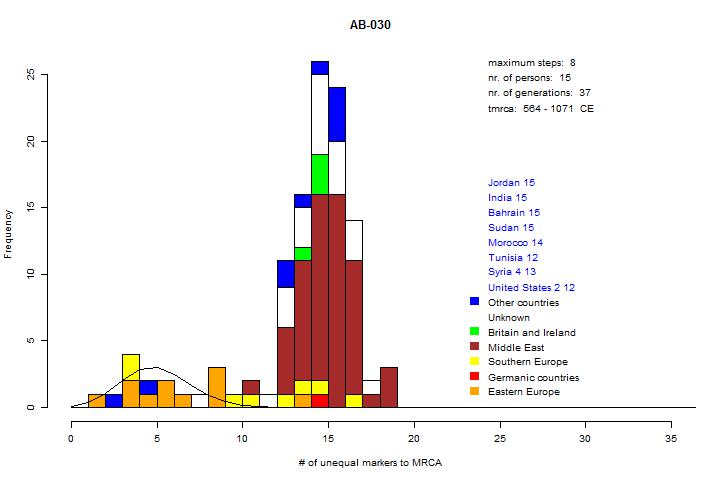 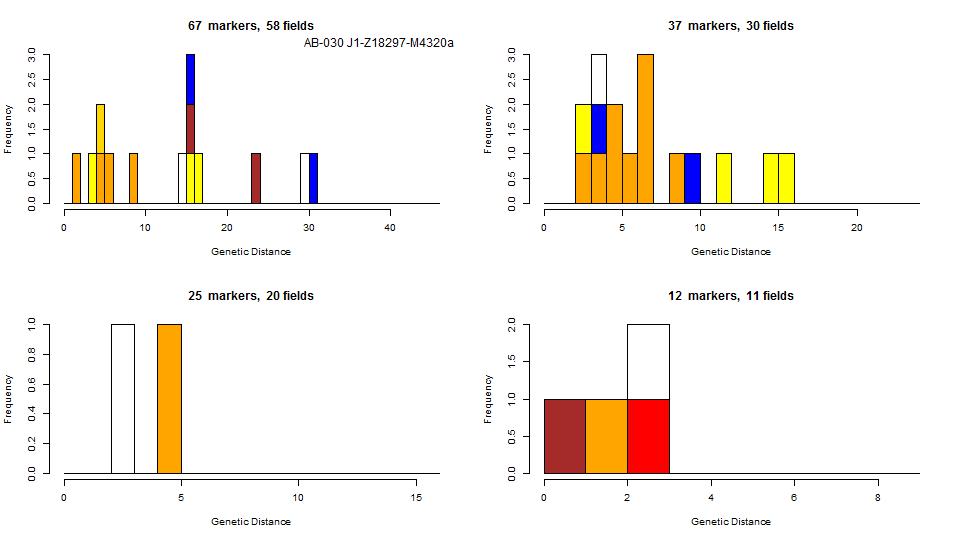 This branch is in the J1-Z18297-group of Jewish Branches. 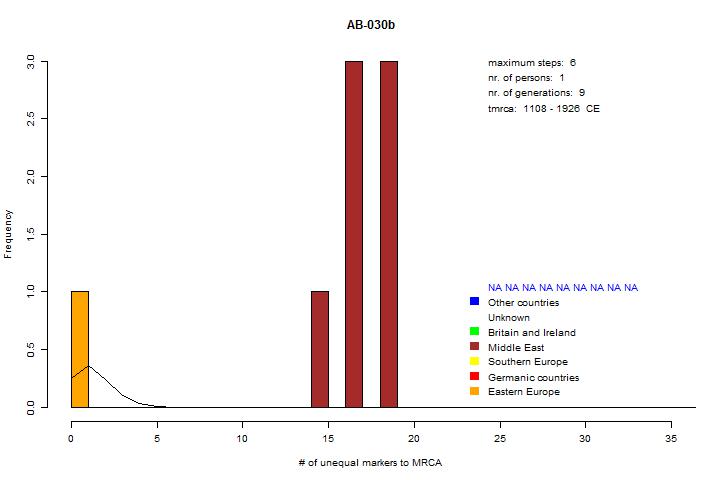 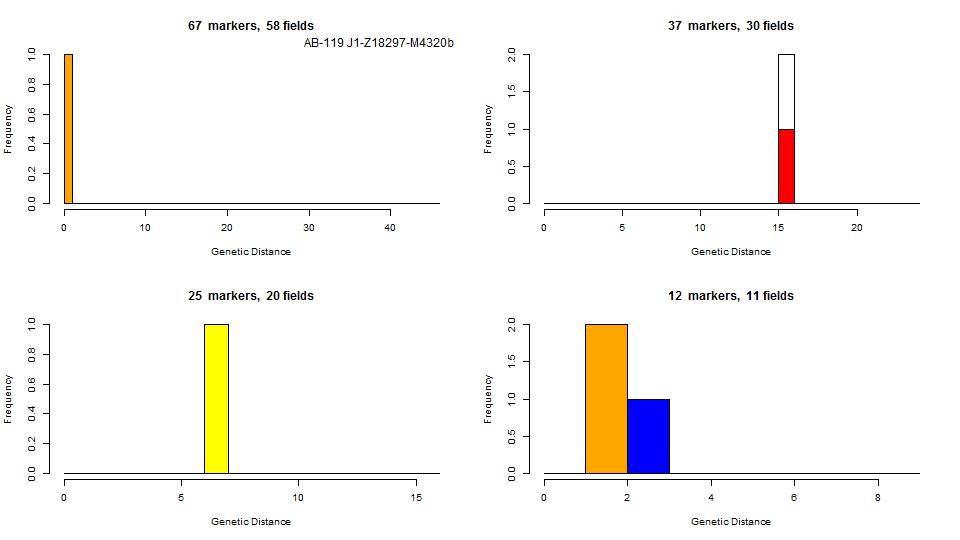 The following kitnr's are recognized in this group:
N33612