This group is a nice example of a Middle-East -Iberia - Ashkenazi route. Interesting are two persons who are not part of the Ashkenazi group, but very closely related: 110580 from the Netherlands and 267204 from Ireland. Both are probably examples of people who had to leave Iberia because of religious reasons. In the oldest books 110580 was Christian in 1700.
217732 from the Netherlands calls himself Sephardic.
Apart from this Ashkenazi group, a parallel Ashkenazi group is present, but not in the list, since it did qualify the criteria: a member should be present in the semargl-database. This parallel group is call "Beta-1-Ca T-CTS6507 (ISOGG T1a1a1a) DYS388=14" in the ftdna project page of haplogroup T (members 126027, 86288, 236823 and 525, and F7GK from ysearch; all from Ashkenazi countries). 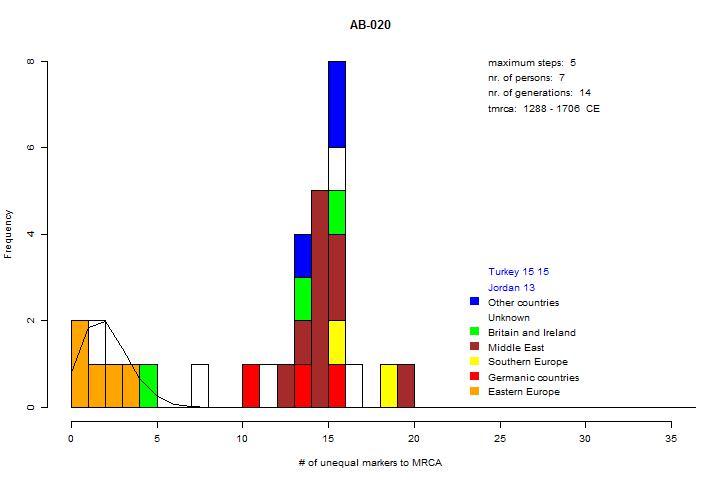 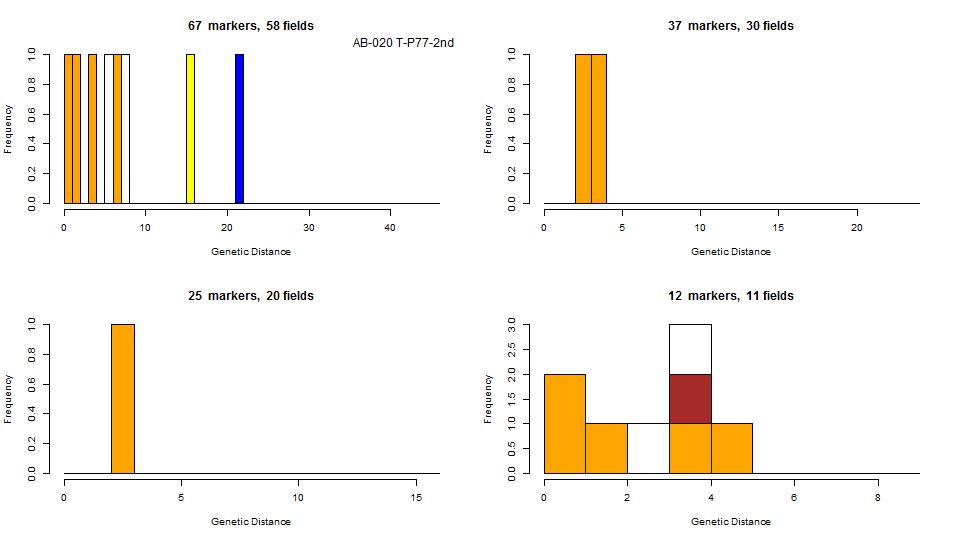